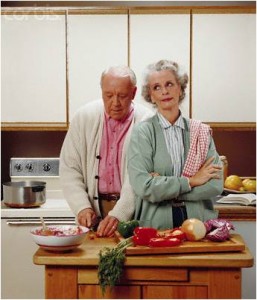 Arguments happen in all marriages, in fact they are necessary.  Conflicts  may arise because of  financial stresses, parenting issues and misunderstandings. Couples must face these daily disagreements in order to operate and function effectively.  However, there are forms of negativity in arguments that have been found to be more destructive or corrosive to a marriage than others.  Dr. Gottman, a noted researcher on marriage and the author of the Seven Principles for Making Marriage Work, has found that Criticism, Defensiveness, Contempt and Stonewalling are particularly harmful and predictive of divorce. When these four elements become a part of the way couples interact during an argument they tend to escalate the negativity in the marriage.

Contempt is a statement or nonverbal behavior that puts oneself on a higher plane than one’s partner.  Contempt can come in the form of mockery, eye rolls, grunts, haughty laughs or correcting your partner’s grammar when you are angry. A curled lip with an eye roll is the universal body language sign for contempt.  In his research Dr. Gottman found a correlation between the number of contemptuous looks a husband gave his wife with the number of infectious illnesses the wife developed over the next four years.  Contempt is particularly damaging to relationships and  is the single greatest predictor of divorce.  The amount of contempt in stable, happy marriages is essentially zero.

Criticism, Defensiveness and Stonewalling do occur to some extent even in healthy marriages, however they tend to happen a lot less often.  Contempt, on the other hand, does not occur in stable, happy marriages.  Look for signs of criticism, defensiveness, contempt and stonewalling in your communications with your spouse.  Improving the way you interact with your partner in arguments can have a lasting positive effect on the health of your marriage.