Exposing the Myths of PTSD: Creating Awareness in June

Exposing the Myths of PTSD: Creating Awareness in June 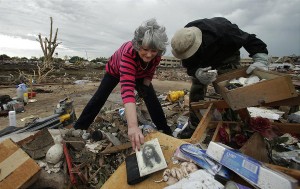 Starting in 2010, Congress designated June 27th as National Posttraumatic Stress Disorder (PTSD) Awareness Day.  Additionally, for the past 2 years, Congress has also set aside June as National PTSD Awareness Month.  While they have not yet said if this is happening in 2015, I wanted to offer some information about PTSD, including some common myths believed to be fact by some in our culture.

Myths #1A & 1B – Most war Veterans return home with PTSD, or you can only get PTSD if you have been in combat.

Nothing could be further from the truth! As a matter of fact, the opposite is true.  The vast majority of combat Veterans return home without experiencing symptoms of PTSD.  Military members receive rigorous training and have strong supports (i.e. camaraderie with battle buddies) to build resilience against developing traumatic stress reactions while in combat or being deployed.  Conversely, some research estimates the prevalence of PTSD among Iraq and Afghanistan Veterans can fall anywhere between 5% and 20%.

Additionally, while it is true that the first official diagnosis of PTSD (1980) originated from the Vietnam Veteran population, many others who have never been to war experience PTSD.  Furthermore, experiencing combat is only one context that qualifies as traumatic in nature.  More on other qualifying traumatic events in just a minute…

Myth #2 – Anything stressful is considered “traumatic.”

Some believe that any stressful event is considered traumatic; however, this is also not true.

A traumatic event includes any event in which a person has directly experienced, witnessed, or was confronted with an event(s) that involved actual or threatened death or serious injury, or a threat to the physical integrity of self or others.  The emotional response to this trauma often includes intense fear or horror.  One can also experience trauma by learning that a close relative or friend was exposed to a trauma and experience symptoms.  Lastly, repeated or extreme exposure to traumatic details of an event (i.e. professionals exposed to many cases of child abuse, collecting body parts, first responders, etc.) is a recently added criterion for a traumatic event.  So if you have not experienced a traumatic event, you would not qualify for a PTSD diagnosis.

Traumatic events include the following:

If you have experienced a traumatic event, this does not necessarily mean that you have PTSD.

The following criteria are required in order to qualify for a possible PTSD diagnosis:

Avoidance: persistent avoidance of trauma-related thoughts or feelings or avoiding anything that reminds you of the traumatic event

Negative Alterations in Mood or Cognition: persistent negative beliefs about oneself; persistent trauma-related negative emotions such as fear, horror, guilt; inability to recall important aspects of the trauma; feeling detached from others; and persistent ability to experience positive emotions

Duration: persistence of these symptoms lasts longer than 1 month

*Important Note: Even if you believe you have most or all of these symptoms, it is important that you schedule an appointment with a trained mental health professional for a more in-depth assessment.  My contact information is provided at the end of this blog.

Again, not true.  Hope remains for someone with PTSD!  There are a number of research-based effective treatments for PTSD.  Let’s now review one treatment that works for many.  Eye Movement Desensitization Reprocessing (EMDR) Therapy is considered an evidence-based treatment for trauma and PTSD.  EMDR Therapy’s goal is to lessen the disturbing feelings, thoughts, and reactions to the traumatic symptoms that one experiences while reprocessing the event(s).  EMDR Therapy has been rated as an effective trauma treatment by numerous medical and mental health associations.  I have received intensive training in this therapy and have used it on a weekly basis over the past 3.5 years.  I am a witness to its efficacy.  You can learn more about EMDR Therapy by clicking the links at the end of this blog.

PTSD is a difficult stress injury that can be extremely disruptive to daily life functioning and important family relationships.  It is not exclusive to military members and must follow a traumatic event.  However, the good news here is that there is hope! Effective treatments exist that have been shown to significantly reduce symptoms for the majority of people.  If you would like to talk more about treatment options or obtain an assessment, feel free to schedule an appointment with me by calling the Summit Counseling Center at (678) 893-5300.

Link to a Confidential Screening: