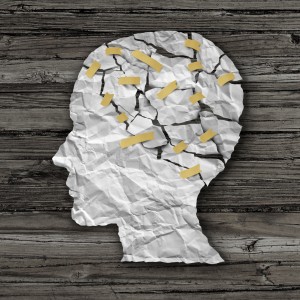 Huffington Post (1/28)
Experts who research addiction have long argued that it is a disease of the brain. Now, in a new paper, they present a model of addiction, broken down into three key stages, to illustrate how the condition changes human neurobiology.

Essentially, each of these three phases affects the brain in a unique way, according to the review of studies, published today (Jan. 27) in The New England Journal of Medicine. These brain changes, in turn, affect a person’s behavior, altering both the way they react to stress and their ability to control certain actions, the authors propose.

Understanding what’s going on in the brain of someone with an addiction is essential for medical professionals to better treat people with this disease, said Dr. Nora Volkow, director of the National Institute on Drug Abuse and the lead author of the new review. Currently, 20 million to 22 million people in the United States are addicted to alcohol or other drugs, according to the review.

But simply telling people that addiction is a disease doesn’t always convey the severity of the condition or convince them that it goes beyond a voluntary behavior, Volkow said.

That’s because when people are told addiction is a disease of the brain, they don’t really understand what it means, Volkow told Live Science. For comparison, saying that “diabetes is a disease of the pancreas” also doesn’t give a person a clear understanding of how the disease works or affects a person’s body, she said. But by explaining that the pancreas produces insulin that’s needed for cells to metabolize glucose, and that, in people with diabetes, the pancreas is damaged and cannot produce that necessary insulin, people start to understand, she said.

With the new review, Volkow wanted to provide such an explanation for how addiction works in the brain.

In addition to improving people’s understanding of addiction as a disease, the “three-stage” framework presented in the review can be used as a guide for studying the circuits in the brain and for developing medications to treat addiction, said George Koob, director of the National Institute on Alcohol Abuse and Alcoholism and a co-author of the review.

The stages of addiction

In the review, the authors break down addiction into three main stages: binge and intoxication, withdrawal and negative affect, and preoccupation and anticipation.

The condition starts with intoxication, Volkow said. People take a drug, which makes them feel euphoric.

But in some people, intoxication can eventually lead to changes in the connectivity of the brain that make them feel very distressed when they don’t have the drug in their body — this is the second stage, she said. To get rid of that distressed feeling, a person craves more of the drug, she said.

One of the most important functions of the human brain is to learn very rapidly how to get a person out of stressful situations, Volkow said. For example, when people are hungry, they eat to get rid of that feeling — addiction works in a similar way, she said. When someone is vulnerable to addiction and is repeatedly exposed to a drug, that person quickly learns that the state of distress that occurs when he or she is in withdrawal can be relieved by consuming more of the drug, she said.

Ultimately, intoxication and withdrawal initiate a feedback loop, Volkow said. “You get high, you feel great, you crash, you feel horrible” and your brain learns to get more of the drug, she said.

But in addition to changes in the brain’s connectivity that lead to stress and cravings, changes also occur in the prefrontal cortex of the brain, where “executive processes,” such as self-regulation and decision making, are carried out, according to the review. This is the third stage: These changes in the circuitry decrease a person’s ability to resist strong urges and to follow through on decisions, for example, the authors wrote.

And these brain changes may explain why people may sincerely desire to stop using a drug, but are simultaneously impulsive and unable to follow through on their resolve, the authors wrote.

Volkow noted that the three stages are not necessarily distinct. They can blend into one another, she said.

For example, the stages of withdrawal and anticipation or cravings are very closely tied, she said. In many people, the symptoms of withdrawal will trigger cravings, because the brain learns that withdrawal is very stressful, and if you take the drug, the stress will go away, she said.

In other instances, a person may skip the withdrawal phase and go right into cravings, she said.

Koob agreed. The stages run together and amplify each other, he told Live Science. You wouldn’t necessarily say that a person is in a given stage of addiction at a certain time, he said.

It’s also important to recognize that there is no specific “threshold” of exposure to a drug that, if surpassed, means a person will become addicted, Volkow said.

If doctors could say to someone, “You need to drink alcohol for 90 days to become addicted,” people would be careful to avoid that in order to prevent addiction, Volkow said. But in reality, that’s not the case. “It’s basically unpredictable,” she said.

The authors hope that the review will not only help physicians treat addiction but also help researchers develop medications to treat the disease.

Indeed, there are some treatments available that target certain stages of addiction, Koob said.

For example, some medications can dull the “highs” induced by drugs or alcohol, while others may target the craving aspect, he said. Ultimately, all treatments should result in decreased cravings, he said.

The authors also noted that it’s important to identify people who are more vulnerable to addiction.

As with other diseases, there are risk factors that make certain people more susceptible. For example, family history often plays a role in how likely a person is to develop heart disease or diabetes; it also plays a role in addiction, Volkow said.

Adolescents are also particularly vulnerable to addiction, in part because the prefrontal cortex of the brain isn’t fully developed in adolescence. This can affect decision making, Koob said.