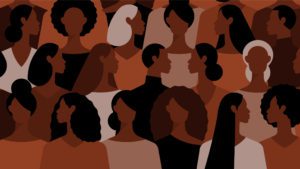 For most, it is clear that African Americans have a rich culture that has touched the world with its music, style, linguistic acrobatics, and art. I love the fact that within that culture, phrases and words like “self-care,” “toxicity,” “burnout,” and “mindfulness” have become trendy. You can see them on social media, in commercials, and in publications. I am visiting churches and other places of faith as they begin to discuss mental health. I am seeing more and more Black men become therapists and Black women create platforms to encourage and uplift one another. Now more than ever, I am hearing discussions about Black mental health.

The reality is that all that support is needed and more. African American’s make up 13.4% of the American population,1 of those over 16% report having a mental illness.2 While that doesn’t sound like a large number, it’s over 4.8 million people. The effect of that mental illness is also compounded by the impact of racism, social stigma, religious conservativism, a legal system that is more likely to jail African Americans with mental health conditions,3 and a sociocultural memory that possesses an earned distrust of both the government and medical system. There are other factors, but if you were to add the previously mentioned in a pot and stir until fragrant, you would have a dish no one would like to swallow.

What is encouraging is that there seems to be a swell of nonprofits, for-profit businesses, and therapists willing to have public conversations. The beauty of the previously mentioned buzzwords is that they present a discussion that anyone can pick up. Those concerned about the stigma and shame that comes with mental health are more willing to speak in a collective voice. The threat of being called “crazy” begins to deteriorate when you see, read, and hear the stories of others who’ve struggled with mental illness directly or by relationship to someone who has. Any movement, organization, professional, or layperson can center their story around a #breakthesilence, #mindmatters, #mentalhealthadvocate, or #mentalwellness that already has a collective consciousness of support. While social media can be a double-edged sword, there is potential for good.

Also, Black and African American therapists, mental health advocates, social organizations, and circles of support are becoming more visible. The visibility of Black mental health professionals creates the idea that Black people are welcomed in that space. It is encouraging to see more and more areas being opened virtually and physically for Black people to be vulnerable. It’s my prayer that the buzz words that are so trendy now become an overwhelming roar that drowns the stigma, the shame, and the reluctance to engage Black mental health treatment.

I hope you will join us as we add to that sound on February 24th at 10 am to discuss African American mental health via Zoom. Meeting Registration – Zoom

Thank you for reading.