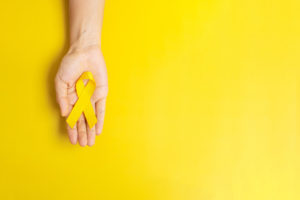 As a trainer of suicide prevention techniques, it’s very clear that suicide is still a hard topic to discuss. Even though death by suicide increased by 30% between 2000-2018, discussing suicide can still be considered taboo. In 2020, almost 46,000 deaths were completed. Suicide is the second leading cause of death for people between the ages of 10-34. Despite that, when I conduct trainings, people are still tiptoeing around suicide as if they are teenagers sneaking up the stairs from a party.1

There are myths surrounding suicide that make it hard to discuss and even harder to confront and combat. One of those myths is that mentioning suicide will somehow bring it into existence in someone’s mind. This is untrue. If suicide is in the mind of the person being conversed with about suicide, you can serve as a normalizing agent. By bringing it up in a non-judgmental fashion and providing the space to have the conversation, you signal that you are willing to discuss suicide calmly. This can bring a huge feeling of relief to someone considering suicide.

Another myth is that everyday people can’t stop suicide. That same concern is coupled with the fear that they won’t know what to say or do if the person does say they are having suicidal thoughts. The latter sentiment fuels the former. The truth is that there are numerous stories and reports of people looking for a sense of hope from people who would help them feel seen. The average person trained to notice the possible signs of suicide can help save a life.

Suicide is fueled by silence, shame, loss of hope, and a sense of guilt. Why guilt? Many people with suicidal thoughts suffer from a sense of unhealthy shame and guilt from the idea they can’t use their own willpower to make themselves better. Interviews with second-day survivors (those who wanted to complete suicide but did not) reveal that a mental illness is working behind the scenes to impact their health. Coupled with a taboo surrounding mental health treatment, many people will never see a therapist or emotional/mental support professional.

Suicide, however, is a preventable death. Getting trained in suicide awareness, normalizing the conversation around mental health care, and being intentional with creating a community to fuel hope are just a few methods to confront and combat suicide. The Summit Counseling Center’s Mental Health Awareness Program teaches suicide awareness and prevention. We provide this training for free in hopes of not only reducing the number of suicides but also creating and cultivating the conversation around suicide. You can find more information about that program here.

The month of September is suicide awareness month, and The Summit Counseling Center will not shy away from discussing the hard topics. There are two great events coming this month – our Suicide Awareness and Prevention Event, where The Summit Counseling Center will be partnering with Johns Creek Police Department, and our regular North Fulton Mental Health Collaborative meeting focusing on suicide and how we can help the community cope with and deter its occurrence.

I hope to see you at one of our trainings or events.