Protecting Our Loved Ones 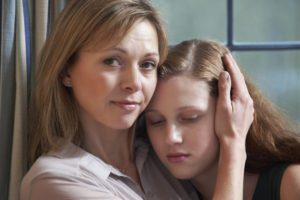 Sex and sexuality can create beautiful experiences. For some, it’s a bonding experience, a solidifying spiritual union. For others, it’s a fun expression of playful joy and thoughtfulness. Sex can be full of romance and candlelight near beaches and the sound of the tides. Sexuality and its expression can be a self-affirming journey of exploration and empowerment. Our children should be able to live in a society that allows them to grow into healthy experiences.

Unfortunately, these healthy experiences are not the only experiences. When sex and sexuality are tools to exert some distorted sense of power and control, they become a tool of destruction. When lustful machinations abuse it, fear, anger, or a disorder do the same, a healthy and robust experience can turn into a trauma. PTSD is one of the many devastating outcomes. Sex becomes a trigger for the survivor, and this trauma can destroy relationships through no fault of their own.

Unfortunately, one in three women will suffer sexual violence, physical violence, or stalking by a partner.1 This fact alone means more is going on than just a random fluke. Every 68 seconds, an American is sexually assaulted.2 The majority of sexual assault victims are also under thirty.3 As of 1998, 2.78 million men in America had been victims of attempted or completed rape.4 One in thirty-three American men experienced an attempted or completed rape; one out of every ten rape victims are male.5 Sexual violence happens in a variety of environments. Everywhere from the digital spaces, confined prisoners6, to controlled spaces such as the military, sexual assault is present. In 2018, there were estimates of 20,500 service members experiencing sexual assault that year, 6% of those being active-duty men. This does not stop at adults, however, as it’s estimated that child protective services substantiate or find evidence of sexual abuse every nine minutes.7 One in nine girls and one in fifty-three boys under the age of 18 experienced sexual abuse at the hands of an adult.8

The work of protecting our loved ones from sexual trauma has spawned a litany of products. Today we see digital parental filters; we see stricter guidelines being implemented by social media giants. We also have developed clever ways of defending against danger. Things like disguised pepper spray, brass-knuckles disguised as pepper spray, even a product called “Undercover Colors;” A nail polish that, when applied, the user can dip her finger into any drink, and it will detect the presence of date rape drugs. While moves are being made to protect people, there is still significant work.

It’s safe to say that sexual safety is essential. It’s saddening to have to train our young people to look out for danger signs among their friends to protect others and be willing to call the police if they detect suspicious behavior. We need to be extra vigilant in our children’s lives to look out for sudden changes in behavior. Participation in our children’s lives helps prevent abuse from going unnoticed. Knowing their friends and parents screening those in our child’s lives also helps prevent misuse.

While there is no way to cover the entire gamut of this issue, we will discuss a corner of it. This coming April 28th at 10 am, we will discuss sexual violence pertaining to parents and youth. A panel of professionals will be gathered to give us dialogue, answer questions, and provide practical tools for safety at the North Fulton Mental Health Collaborative. See you then.