The Silent Loud of the Model Minority 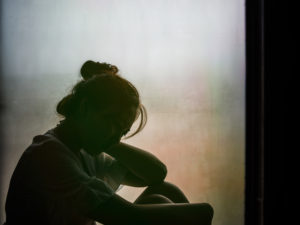 As an African American Christian male, I have been engulfed in my culture. I have been a part of its beauty and biases for its good and bad features. Just as people have held unfair and often unfounded stereotypes about me and my culture, I have done the same in some ways. For many other minorities outside of the Asian American culture, Asians have appeared to be the “model minorities.” A racist trope coined by a man named William Peterson, the “model minority” title served its purpose in perpetuating a false narrative of the perfect ascension and integration of Asian peoples. I have even heard Asians referred to as “honorary white people.”

We often note Asians as business owners, executives, accountants, technology innovators, and doctors. This idea is so heavy that despite having their national sports teams, artists, and creatives when we see Asians in sports, theatre, and music industries, we are almost shocked.

To summarize the sentiments of William Peterson, “if Japanese people could come out of concentration camps and make it the “problem minorities,”1 could too. He coined the term, “model minority.” And his work perpetuated this sense of “other” and served to conceal the idea of pulling oneself up by their bootstraps. This prompted the social prohibition of seeking help or collaboration from other minorities, social services, or aid from government bodies.

The myth of the “model minority” must be dispelled. We overlook their potential needs and screams because we do not view them as needing assistance. They need acknowledgment and assistance for their issues just as much as anyone else. They are one of the fastest-growing populations in the US. And yet statistics say they are three times less likely to seek help than their White counterparts.3 Asian Women in studies have noted that their cultural references have taught them to remain silent on mental health issues.4 General cases of mental illness rose from 2.9% to 5.6% between 2008 and 2018 in young adults (18-25).5 Asian mental health has declined over the past ten years in almost every category. At the same time, Asians make up 6.1% of our population; 6.1% and 15% of those reported a mental health illness. While that doesn’t sound like a lot, let me put that in perspective. That 15% is 2.9 million people. That’s more than the number of dentists, post-secondary teachers, and lawyers combined in the US.

Despite our ideas of Asians being the model population of assimilation, Asians experience racism, bigotry, hate, discrimination, and even feelings of invisibility. The Corona Virus epidemic forced us to witness beatings and other hateful acts committed against Asian peoples in the US. They were the subject of disgusting hate and violence.

Asians are not a homogenous group. Indian, Afghan, Taiwanese, Nepalese, and Laotian can all consider themselves Asian. They have a diversity of cultural beliefs, religions, and ethnic heritage. They come from various classes, creeds, and locations. What Asian peoples may experience from day to day may be vastly different.

Asian mental health is an important issue to discuss; it’s impactful and relevant. May is Asian Mental Health Month. While we at the Summit would love to participate in this conversation, we have chosen to have this conversation in June. This serves as an opportunity to continue the momentum of the conversation and not distract our partners in the Asian community from being available to their community for this critical conversation.

We hope to see you there.