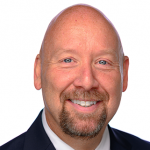 The Reverend David Smith has served as Executive Director of The Summit Counseling Center since January 2001. David is both an ordained minister and a licensed therapist. Prior to joining The Summit, he was employed by the Palmetto Baptist Healthcare System (now Palmetto Health) as Director of Community Care and Counseling of Aiken, South Carolina from 1996 through 2000. In the early years of his career he served on the staff of the Pastoral Counseling Center (now CareNet) of the Wake Forest University Baptist Medical Center in Winston-Salem, North Carolina. David has served as a pastoral counselor, a psychiatric chaplain and as a marriage and family therapist since 1989. He has been married to Vicki Smith since 1986 and they have two sons, Jonathan and Daniel.