Thank you for your support of the 7th annual Summit Gala: A Hope Full Experience! With your generosity, you’ve helped us raise exceedingly more than our goal. On a windy Saturday in March, four hundred people gathered to raise over $525k to support the Summit’s mission to bring hope, healing, and restoration to our community – more than we’ve ever raised in over 20 years!

Thank you to RanDMC Photography for capturing our event with beautiful photos! Click here to view highlight photos of our event on the Summit’s Facebook page. To view the entire gallery of photos, click here. 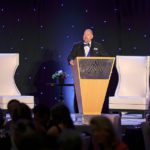 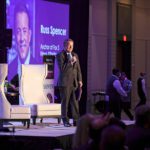 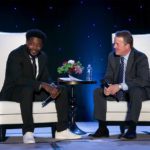 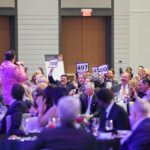 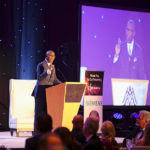 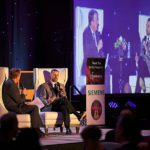 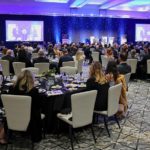 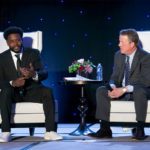 A Charity Event Benefiting the Summit Counseling Center
March 26, 2022
The Hotel at Avalon

About Our Keynote Speaker

Ray Ray spent his childhood dealing with a mother who was a drug addict and father who was in and out of his life due to his own demons. He often lived with his coaches due to an unstable family life. The Disney+ film Safety shares Ray Ray’s story as a shining example of perseverance triumphing through repeated adversity and the message of family above everything can impact an entire community. Overcoming these struggles, Ray Ray still managed to earn a football scholarship to Clemson University. He earned his degree from Clemson in only three years and continued playing football and pursuing his Master’s Degree at Howard University.

Through his personal and work experiences, he was motivated to establish the Ray Ray Safety Net Foundation. The Foundation seeks to provide children who are dealing with trauma with a ray of hope through education and mentorship accountability programs. It took a village to raise Ray Ray, and he believes that every person needs support to be their best.

The Summit is a trusted 501(c)(3) nonprofit community counseling organization that has helped individuals, couples, and families experience hope, healing and restoration since 1990. In fiscal year 2021/22, 30 therapists are projected to provide 22,000+ clinical hours to 3,000+ individuals, couples and families at 5 offices and 28 school-based locations.

Creating Hope in Our Community

By removing barriers, implementing prevention, and providing intervention, the Summit is striving to remove the stigma surrounding mental health in our community.

Thank You to Our 2022 Gala Sponsors

For additional info contact Rachel Newcomer at
(770) 605-4504 or rnewcomer@summitcounseling.org