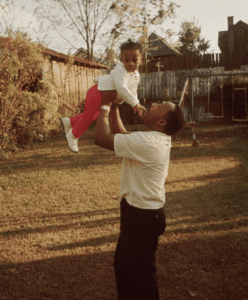 Every year on MLK Jr. Day, I find myself sitting and reflecting on what I want to take away from King’s life and his message. And what is it that I want to share.

Interestingly, I ended up thinking about Betty White, who recently passed away at the blessed age of 99. Had King been alive today, Betty would have actually been six years his senior! And I realize the biases that we tend to have for people that age, people who are a “product of their time,” or who are limited in their thinking or their capacity for change due to “where they come from.” I recently came across an article about how Betty White defied racist demands to have a Black man (Arthur Duncan) on her show, a move that gave Duncan an opportunity while putting her own show in danger of being cancelled.

As I thought about the excuses we make for others, I started thinking about how easily we disempower ourselves from making a difference. Perhaps we justify inaction due to the belief that what we want to do isn’t big enough. Perhaps we justify that there is too much to risk, and the headache simply isn’t worth it. And I have to wonder… what if Betty just wanted to hold onto her show? What if King decided that the safety of his family was more important?

And an even bigger question: What if you decided to do something different… something uncomfortable… something that speaks to justice, even if it means sacrifice? As Christians, we are called to not conform to this world, “but be transformed by the renewal of your mind, that by testing you may discern what is the will of God, what is good and acceptable” (Romans 12:2).