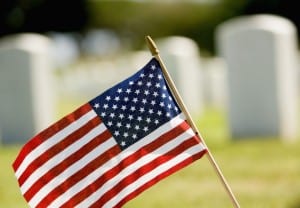 This week, Linda Rosenberg, President and CEO of the National Council for Behavioral Health published a Huffington Post article calling for an end to the incarceration of people with serious mental illness and substance abuse disorders. In “Stop Locking up People with Mental Illnesses,” Ms. Rosenberg affirms what those of us who work in the criminal justice and mental health sectors know all too well. That America’s jails and prisons house ten times more people with psychiatric and substance use disorders than state psychiatric hospitals combined. The criminalization of people with these disorders represents one of many consequences of untreated mental illness and substance use disorders. Other consequences of untreated mental illness include family erosion, health deterioration, homelessness, suicide and victimization.

I have written extensively about the devastation of untreated mental illness in America. The data and research speaks to a national crisis of accountability, but accountability to whom or what? The historical record of the delivery of mental health services in America has yet to take a public health approach. From the landmark report by the U.S. Surgeon General in 1999, to the President’s New Freedom Commission on Mental Health, social stigma, prejudice and a lack of access to care have disrupted recovery.

A key point of Ms. Rosenberg’s article includes the passage of legislation by congress of the Excellence in Mental Health Act. This Act has received little public attention, yet deserves more. This legislation (H.R. 1263, S.264) was signed into law by President Obama on April 1, 2014. As stated in news media release, “The Excellence in Mental Health Act will provide incentives to our nation’s community mental health centers to ensure the centers cover a broad range of mental health services, including 24-hour crisis care, increased integration of physical, mental and substance abuse treatment, and extend support for families in crisis.”

The Excellence in Mental Health Act represents needed change to mental health service delivery in America. A potentially game-changing approach to system reform which includes accountability from an integrated approach with primary health care that will lead our nation to a new and transformative vision of mental health in America.

There is no doubt that America’s mental health system is in crisis and must be fixed. In my view, The Excellence in Mental Health Act is inclusive, recovery based, and responds to crisis and promotes accountability. More importantly, this legislation incorporates decades of extensive policy review, study and evidence base. As stated byU.S. Rep. Doris Matsui, “it is time for mental health to be treated on a level playing field with the rest of our nation’s healthcare system.” It is beyond time to stop locking up people with mental illness and heal our nation.