Bullying: Much More Than ‘Just What Kids Do’ 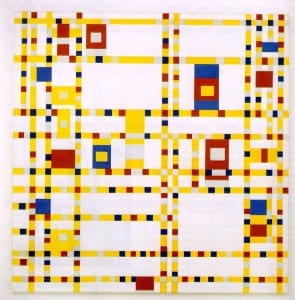 Is school becoming an increasingly dangerous place for our children’s mental and physical health? A study of 43,321 high school students confirms that student-on-student bullying has become a serious problem in public and private schools across the United States. Its behavioral, health and social consequences are lowered academic achievement and aspirations, increased anxiety, loss of self‐esteem and confidence, depression and PTSD, general deterioration in physical health, self‐harm and suicidal thinking, feelings of alienation in the school environment such as fear of other children, and absenteeism from school. In response to recent high-profile bullying cases, the U.S. Department of Education has sent this letter to over 15,000 school districts across the country, in which school officials are reminded of their responsibility and legal obligation to protect the civil rights of all students, regardless of their nationality, race, sex or disability status.

The study, conducted by the Josephson Institute of Ethics, was released on Tuesday and is the largest ever undertaken of the attitudes and conduct of high school students. The truly sobering results show that 50% of all high school students admit they bullied someone in the past year, and 47% say they were bullied, teased, or taunted in a way that seriously upset them in the past year. 33% percent of all high school students say that violence is a big problem at their school, and 24% say they do not feel safe at school. 52% admit that within the past year they hit a person because they were angry. 10% of students say they took a weapon to school at least once in the past 12 months, and 16% admit that they have been intoxicated at school.  The study clearly shows that there is almost no difference between public, religious private and non-religious private schools in the students’ perceived safety, or in the percentage of perpetrators and victims of bullying.

In the press release accompanying the results, Institute Director Michael Josephson said, “If the saying, ‘sticks and stones will break my bones but names will never harm me’ was ever true, it certainly is not so today. Insults, name calling, relentless teasing, and malicious gossip often inflict deep and enduring pain. It’s not only the prevalence of bullying behavior and victimization that’s troublesome. The Internet has intensified the injury. What’s posted on the Internet is permanent, and it spreads like a virus – there is no refuge. The difference between the impact of bullying today versus 20 years ago is the difference between getting into a fist fight and using a gun. The combination of bullying, a penchant toward violence when one is angry, the availability of weapons, and the possibility of intoxication at school increases significantly the likelihood of retaliatory violence.”