Dealing With Acts of Aggression from Your Child 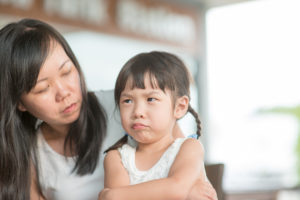 One issue I have a lot of my child clients working on is their anger (including tantrums). Some tantrums or outbursts are normal for children under the age of 5, while they are making sense of boundaries and the world around them.

Tantrums or acts of aggression become problematic when:

As caregivers, it often genuinely hurts us when our child is upset, and our instinct is to do or give them whatever they want to help them calm down. Unfortunately, this often enforces to the child that throwing the tantrum or getting angry will get them what they want, thus causing the problems to happen more often and severe.

I have found a great deal of success in utilizing incentive programs (stickers, marbles in a jar, etc) for the child to earn when they are doing a favorable behavior. Children are less likely to get frustrated when they are in a consistent, caring environment.

Sometimes, no matter how hard we try or consistent we are, a child still might struggle with anger or tantrums. Here are some strategies that could be helpful: