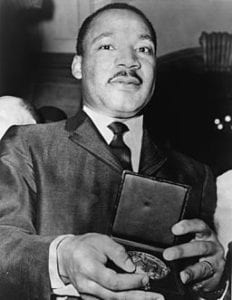 Mental health awareness has come a long way over the last couple of decades, establishing its own month of awareness (May), and becoming more normalized in everyday conversations, news outlets, and various other forms of mass media.

Unfortunately, communities of color – that arguably have experienced disproportionate amounts of traumatic events in this country’s history and often still find themselves facing obstacles of racism, bigotry, and prejudice individually and as a group – are not coming along board as quickly in embracing mental health awareness.

Williams, in fact, wrote an eye-opening book on this exact subject, “Black Pain: It Just Looks Like We’re Not Hurting,” citing how learned behaviors in the many African-American communities, from low-income to middle- and high-income, continue to keep many of our fellow American citizens in resistance to counseling and therapy.

Interestingly, Williams writes that the stereotype of African Americans not partaking in therapy or even needing counseling in it of itself keeps many from pursuing mental health services, which further multiplies the psyche pains of any individual who is feeling anxious, grieved, or depressed. She adds that what follows are feelings of shame and alienation due to the additional stereotype that African Americans are supposed to be too strong in nature for therapeutic assistance. And, Williams writes that African Americans finds themselves often feeling too weak now to reach out for counseling because their ancestors endured even worse hardships in the forms of slavery and segregation without ever talking to a counselor or therapist in the traditional sense.

Rather pointedly, Williams also illustrates an alternative view of the negative stereotypes of African Americans being angry and violent as a symptom of depression in a community that feels unseen, unheard, and afraid to show any “weakness” (i.e. seek out counseling) that would only – in their minds – further compound their feelings of defeat and subjugation.

This is why calling out and reversing the winds of negative stereotypes is so important. It is one of the many Godly things Dr. Martin Luther King Jr. spoke out for in his precious years on earth. King and his national movement were the embodiment of breaking free of firmly held beliefs individually and collective progress in a country that desperately needed it. Embracing the benefits of counseling in a community still experiences the wounds of this great country’s most shameful acts is a necessary step in fulfilling King’s dream for this country. We can all play a part in this. Spread the word.

“Our lives begin to end the day we are silent about things that matter,” Martin Luther King, Jr.