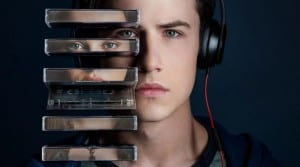 With Netflix being one of the most common avenues for entertainment, 13 Reasons Why is quickly becoming a popular show among preteens and teens right now. The series, 13 Reasons Why, is an adaptation of Jay Asher’s popular novel. It depicts a young girl who struggles with bullying and sexual assault and records a series of cassette tapes for the people “involved” to explain her struggle before dying by suicide at the end of the series. While the show aims to promote suicide awareness and prevention, it leaves a confusing mess for viewers. The series may confuse teens on how to best handle difficult emotions and situations such as sexual assault, bullying, and suicide. Research suggests that suicide awareness is best created through discussion of suicide followed by resources, ways to help someone, and ways to get help for yourself. 13 Reason’s Why is causing concern in the mental health field because instead of raising suicide awareness, it may be adding to the issue.

The series does bring up the topic of suicide and possible factors that can increase a person’s risk of suicide, such as bullying or sexual assault, but it fails to display proper prevention skills. Instead, the series is centered on tapes which are sent to all the people Hannah believed contributed to her choice for suicide. The tapes and the idea that others are responsible for someone else’s choice to kill themselves is false. Survivors of suicide (those left behind after a suicide) are never responsible for a person’s decision to kill themselves. The series also depicts each person reliving Hannah’s tragedy through the tapes she left behind which appears to be a form of revenge from Hannah. It is important to be clear that suicide is not a way to seek revenge, you cannot watch people suffer because of your death after you die. Suicide is very final and you will never know how someone reacts to your death– often children and teens do not realize this nor do they think about how final death really is.

In addition to displaying suicide as a form of revenge, the series also dangerously memorializes and glamorizes Hannah’s suicide in a way that many prevention programs suggest against. Rather than displaying ways to seek support, the series encourages the notion that the only way to really feel cared for by others, when you’re being bullied or dealing with difficult emotions, is to kill yourself. From multiple scenes of Hannah’s empty desk, her flower and note covered locker, to flashbacks of Hannah while each person listens to the tapes; the series shows a student who is missed and memorialized. It sends the message that people really do care, but only once she is dead. In addition, the series falsely portrays what happens in schools after a suicide. Schools are encouraged and taught through suicide prevention and postvention programs, such as Screening for Mental Health’s Signs of Suicide (SOS) program, to not leave empty desks, not allow decorated lockers, and not hold memorials at the school as to not memorialize or glamorize the student’s death in any way. The idea is to make it clear that suicide is not a solution to any problem.

The only scene that encourages the idea of seeking help for thoughts of suicide or reporting sexual assault is when Hannah meets with her school counselor. This is quickly followed by the portrayal of victim blaming and lack of empathy which sends the message that even counselors cannot and will not help; which is untrue. This message does not encourage teens to seek help, despite the fact that school counselors and mental health therapists are trained to respond to suicide, bullying, and sexual assault and that research suggests encouraging this type of relationship and communication can help save a life. School counselors and mental health therapists want to help support teens experiencing thoughts of suicide and other mental health issues.

Lastly, the series’ final episode graphically depicts Hannah’s suicide and method. Research through the American Foundation for Suicide Prevention supports that graphic displays of suicide are dangerous, triggering, and increase the rates of suicide by that method. Rather than showing that help is possible and encouraging the idea that things can get better, the series sends the message that suicide is the only option.

If your teen has already watched 13 Reasons Why, it’s important to sit down and discuss some of the concepts and themes that take place in the show. Remember, talking about suicide in safe and effective ways does not cause or increase thoughts of suicide. In fact, effective discussion of suicide can increase awareness, reduce shame about thoughts of suicide, and make it more likely for your teen to seek support. In addition to the above information, here are some important talking tips and information to help:

If you are concerned about your student or believe your student needs immediate help, please reach out to 1-800-715-4225, Georgia Crisis & Access Line, and/or the National Suicide Prevention Lifeline Phone Number: 1-800-273-8255.