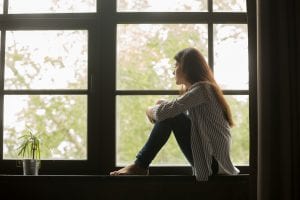 Do our brains protectively block our own recall of memories of traumatic experiences?  Repressed memories are thought to be blocked from one’s conscious awareness due to a high level of stress or trauma associated with the forgotten experience.  The validity of repressed memories – also referred to as dissociative amnesia or psychogenic amnesia – has been a controversial topic in psychology and psychiatry for decades.

High-profile court cases during the 1980’s included claims of childhood abuse, memories of which had been “recovered” using therapeutic techniques.  The validity and reliability of claims of previously repressed memories were subsequently challenged by both legal experts and mental health professionals.  Some researchers have challenged the validity of repressed memories from the standpoint of history.  A group from Harvard’s McLean Hospital have argued, for example, that in contrast to most neurological and psychiatric symptoms constituting disorders commonly diagnosed today, there are no known cases of dissociative amnesia in any work of fiction or non-fiction prior to 1800.  The concept of repressed memories, therefore, may be culturally influenced as opposed to neurologically based.1

Surveys of mental health practitioners have revealed that practicing clinicians tend to be less skeptical of the validity of the phenomenon of recovered or repressed memories than memory researchers.2  One reason for this trend may be that the veracity of some memories that have apparently been “recovered” through the course of therapy has been documented using corroborating reports.  Memory experts, however, tend to be cautious in assuming that all such memories are factually accurate, or that they had actually been inaccessible prior to the therapeutic recovery.  Memory experts also point to the possibility of confabulation in memory retrieval, which is the non-intentional false recall of experiences that “feels real” to the person experiencing the memory.  Confabulation is a well-documented phenomenon associated with frontal lobe dysfunction.

While the validity of the phenomenon of repressed memories remains controversial, there is agreement across mental health professionals that highly traumatic events are likely to trigger a cascade of emotional responses.  Experiencing traumatic events can lead to a host of problems, including anxiety disorders, post-traumatic stress disorder (PTSD), and depression.  Treatment of the symptoms associated with these disorders is essential for healing and wellness following trauma.