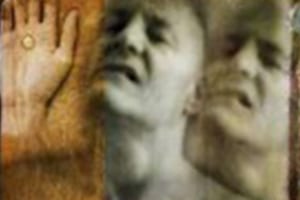 Posttraumatic Stress Disorder (PTSD), regardless of its cause, takes a heavier toll than it is widely known on the mind and behavior of its victims. PTSD sufferers feel, think and behave as in a state of prolonged, and for some even unending, stress reaction. This disorder of the mind strikes after a traumatic event has disrupted a person’s life. Immediately following an experience such as combat, rape, assault, physical abuse or violence, a natural disaster or a terrorist act, most people react with acute stress. They may persistently re-experience the trauma in recurring images, thoughts, dreams, illusions, flashbacks, some form of dissociation or derealization, and in the inability to recall details of the event. Significant anxiety is also felt, with poor concentration, difficulty sleeping, irritability, hypervigilance, startle response and restlessness.

For a minimum of two days and up to four weeks after the event, Acute Stress Disorder is the natural and expected reaction to the magnitude and seriousness of the psychological impact of the trauma. Even though the disturbance can cause impairment of functioning and significant distress during this time, many of these symptoms generally subside and even disappear within three to four weeks of the event. Except when they don’t.

The Many Forms of PTSD

In PTSD, all these symptoms, often in more severe form, persist well beyond the 4-week span of acute stress. In many cases, as in Acute PTSD, the symptoms last up to three months. In Chronic PTSD, they can continue indefinitely, especially if the disorder remains unacknowledged or is inadequately treated. In some cases, after the acute stress phase is over and life seemingly has returned to normal, PTSD can suddenly appear six months or longer after the trauma has occurred (PTSD with Delayed Onset). This disorder causes great anxiety and a disruption of life’s activities that can have serious financial and social consequences. It also takes a heavy toll on the mind of its victims and affects their behavior in multiple ways, by inhibiting certain actions, modifying others, and removing barriers to self-injurious acts, including suicide.

The Heavy Toll on the Mind

Many survivors of severe trauma who suffer from PTSD develop self-focused beliefs that have a victim theme. They may see themselves as being continually and particularly vulnerable to physical danger. In the wake of the 9/11 terrorist attacks on New York City and Washington D.C., many people continue to experience pain, fear, threat and a heightened sense of vulnerability. They may also perceive themselves as being mentally defeated.

“Ball four… take your base.” Those were the sympathetic words of the umpire during my little league baseball pitching debut – after I had walked the 11th batter in a row, thus… run number seven. My coach finally started to come out to relieve me, and I was glad to be taken out of the game. Feeling mentally defeated and miserable, as he approached the mound, I desperately needed a little comfort and compassion from the adult leader of the team. Unfortunately, I was met with criticism and a few choice words that confirmed my perceived inadequacy as a baseball player. –-Dwayne K. Smith

It is not unusual for PTSD sufferers to continuously dwell on the negative implications of their traumatic experiences. Although they may protest that their trauma safely belongs in the past and no longer bothers them, they remain preoccupied with their own view of themselves and with others’ views of their behavior under fire, their inability to fend off their attacker, their shattered self-esteem. Lastly, a persistent imagining and a continuous ruminating about what might have happened (a “wishing the past could have been different”) blocks progress toward real healing and forgiveness. The experience continues to rerun on the horror channel, and is seldom if ever safely archived in the history channel.

Alongside with bothersome thoughts and negative self-assessments, the constellation of symptoms also induces the development of negative beliefs about the world and the future. Most common are the belief that the trauma consequences are permanent and unchangeable; that the world has become unsafe, unpredictable, untrustworthy; that the future will be negative; and that life has lost its meaning. In the most severe cases of PTSD, these beliefs can lead to deep feelings of hopelessness and despair and culminate in suicide. According to recent US Army data, there are an average of 950 suicide attempts each month by veterans who are receiving some type of treatment from the Veterans Affairs Department. Seven percent of the attempts are successful, i.e. 18 veterans commit suicide each day, and 11 percent of those who don’t succeed on the first attempt try again within nine months.

PTSD wreaks havoc on the individual’s behavior patterns, by inhibiting certain protective actions and inducing others that can be harmful or at the very least do not promote recovery. Among the actions that are most often induced by PTSD are behaviors associated with a continuous state of hypervigilance, such as barricading doors and windows, sleeping with a weapon nearby, frequently checking behind one’s back and scanning the environment for threats. In the same vein, the individual may also intentionally avoid any reminders of the traumatic events, dissociate, engage in “undoing” behaviors that more properly belong to compulsive disorders, withdraw from social contact, abandon normal and previously pleasurable routines, and engage in unsafe behaviors such as gambling or drug and alcohol abuse.

Among the behaviors that PTSD may inhibit are change behaviors that could help treat the disorder, such as psychotherapy, counseling or medication; communication behaviors that could help share one’s trauma story with others, including openly acknowledging the symptoms that are being experienced. The individual may also dismiss the notion that anything positive could result from trauma experience, and not read, watch or listen to information that would disconfirm their negative beliefs. Perhaps most harmful, PTSD also inhibits the seeking of social support from close relatives and friends, and the utilization of available means of coping (such as faith and religious practices).

Empirically-validated treatment options for PTSD that have been proven as effective include: