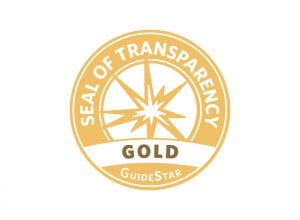 Summit Counseling just claimed GOLD…by achieving a recognition that only 0.5% of nonprofit organizations in the GuideStar nonprofit registry achieve – a Gold Seal of Transparency. Greater transparency means increased trust for donors & supporting entities such as foundations & government grant awarding agencies. Supporters can give with confidence knowing their gifts are being stewarded faithfully & that services are being delivered with excellence.

Organizations that achieved a Bronze, Silver, Gold, or Platinum Seal (our next step in 2019!) were more likely to receive donations than those that had only claimed their profiles and opted to receive contributions through GuideStar.

Some 78 percent of the organizations that received a donation through GuideStar’s website last year were Seal holders.

According to the study published in the Journal of Accounting, Auditing & Finance, “Determinants and Consequences of Nonprofit Transparency” (Erica Harris and Daniel Neely), nonprofits that are more transparent and proactively share information with the public received 53 percent more in contributions the following year than organizations that were less transparent.

Earning a GuideStar Seal of Transparency is voluntary and requires more information than what is required on the annual Internal Revenue Service (IRS) Form 990 tax return. According to the Harris-Neely study, “We find evidence consistent with organizations that have stronger governance, better performance, and more professional staff being associated with greater transparency. Organizations that are more reliant on contributions, and those located in states that require public disclosure of their audited financial statements, are also more transparent.”