What Makes Addiction a Disease? 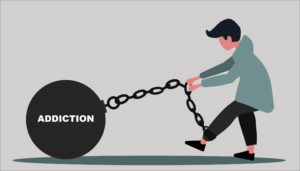 Addiction is all around us. Whether you are a family member of a loved one who is using, an employer, a pastor, or simply someone who is concerned about the state of affairs in our world, you are keenly aware that addiction (or substance use disorders) profoundly affects our society and families. The National Institute on Drug Abuse (NIDA) estimates that as much as 10% of our population is struggling with or at least affected by a substance use disorder. Personally, I think the percentage is much higher than that.

However, what I would like to address here is the nature of addiction as a disease, because there is a lot of bias, preconceptions, and misinformation out there about what addiction is and is not. It’s important for us to sort through some of these ideas to find the truth about this powerful disease.

Let me just say at this point that if you are a family member of someone who is drinking or using drugs, then I understand that you are tired of having to deal with the lies, frustrations, manipulations, mistrust, disappointment, and fear that accompanies active addiction. And, I want to say that this information is critical for your well-being, because you have a gnawing question at the heart of your emotions: is this a choice?

Let’s look at how to answer this question.

First, we have to understand that a disease is actually something that is very straightforward: a disease is when an organ or a system in the body gets a defect, and then that causes symptoms. While active use of drinking or drugs will affect every organ and system within the body, the one organ that is most profoundly affected is the brain.

The Disease Model
The most widely accepted and utilized model of addiction is that it is a disease. The Substance Abuse and Mental Health Services Administration (SAMHSA), the National Institute on Drug Abuse (NIDA), and the National Institutes of Health (NIH) all consider addiction to be a disease. Again, a disease is a process that occurs in the body when a bodily organ or system gets a defect, which causes symptoms. Addiction is a disease that has clearly defined signs and symptoms, a progression, and recovery. Addiction is a disease that is:

Again, the good news is that this is a highly “treatable” disease with lots of good recovery for literally millions of people. For this recovery to be possible, and for the brain to begin to heal, it is essential that a person stop using, get into some type of treatment or counseling program, and begin to take responsibility for their actions. Even though they may struggle with continuing (but lessening) influence of the damaged processes in their brain for a time, with the help of a treatment program, counseling, their family, friends, pastor, coworkers, and sponsor, they can begin the road to healing and recovery. So, on a positive note, treating addiction as a disease, rather than offering an excuse, normalizes the process, offers hope to the sufferer and their loved ones, and gives responsibility to the addict for their recovery!