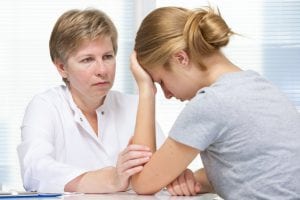 September 10, 2019 was World Suicide Prevention Day. I work with many clients that deal with trauma and/or depression. I’ve worked with many clients that have contemplated or attempted suicide. Previous to my career as a counselor, I have lost friends who died by suicide. I know the impact it has personally. Thus, suicide awareness is something that is important to me. In fact, how The Summit has worked to promote suicide awareness and prevention is what made me want to work at the counseling center when I made my career change.

However, on that day, when tweets, blogs, and Instagram posts were about suicide awareness and prevention, I was very saddened to hear about the suicide of a very well-known pastor. While I did not know this pastor personally, I followed him on twitter and was well aware of his great work in promoting mental health to his church members. Some pastors promote more prayer in lieu of counseling for concerns like anxiety and depression. This pastor encouraged his church to seek mental health counseling for their struggles, especially surrounding suicidal ideation. So, when I learned of his suicide, I was very saddened and hurt that a colleague in ministry (who is a husband, father, and child of God) was led to his decision to die by suicide.

Again, I do not know this pastor personally. I do not know what his last thoughts were. I do not know all the struggles (or any really) that he was battling with. I would imagine, however, that part of him felt alone. As I mentioned, I work with a lot of clients who have contemplated or attempted suicide. I know that for many people, suicide is an option we strongly consider when we feel alone. Maybe we feel that no one will understand our pain. Maybe we feel that no one will forgive us of some offense. Maybe we can only hear the voice of suicide instead of the voice of concern and care from another person. Maybe we can no longer hear the words of affirmation and only hear words of rejection or failure.