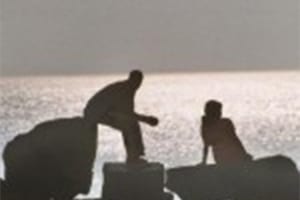 What makes a good marriage last? According to the best evidence provided by case studies and well-documented research (most prominent that of Dr. John Gottman), the best chances of success are within marriages where the spouses can provide a safe haven for each other and a secure base from which to face the world together. Among others, a crucial skill that partners in a good marriage must acquire is the ability to argue in a manner which respects the other’s point of view (without necessarily agreeing with it), seeks to understand the reasons underneath each respective position, and is able to negotiate a fair compromise on significant issues.

Even the best-functioning couples have areas of disagreement, negative feelings and arguments. Big or small, bad fights can ruin a day and, even worse, undermine the quality of the relationship. The key factors that help determine the quality of communication do not appear to be how similar the partners are or even their level of conflict. What determines good disagreements (and marital success) is also how each spouse deals with his or her emotions, vulnerabilities, and family of origin issues during a typical argument. Often, a cycle of dysfunction is set up that keeps repeating with each failed attempt to repair disagreements.

A conflicted marriage is a source of significant stress, anxiety, and unhappiness and can create health problems. It is also a well-established fact that being happily married can generally improve health outcomes. The most recent research findings confirm that a solid bond between two people can reduce the production of hormones associated with stress. This is according to Dr. Dario Maestripieri, Professor in Comparative Human Development at the University of Chicago and lead researcher, who published the results of the study in the August 2010 issue of the peer-reviewed journal Stress. To measure the effects of a committed relationship on stress levels, Dr. Maestripieri and his team monitored changes in salivary concentrations of testosterone and the stress hormone cortisol in response to a mild psychosocial stressor (a set of computerized decision-making tests) on a sample of over 500 participants, some with and some without a stable romantic relationship. The aim of the study was to investigate any gender differences in hormonal responses to psychosocial stress; the relationship between pre-test hormone levels and stress-induced hormonal changes; and any possible sources of same-gender variation in pre-test hormone levels as compared to hormonal responses in a larger human subject population.

The results show that males had higher concentrations of the stress hormone cortisol than females both before and after the stress test. After the stress test was administered, cortisol level increased in both sexes but the increase was larger in females than in males. Single males without a stable romantic partner had higher testosterone level than males with stable partners, and both males and females without a partner showed a greater cortisol response to the test than married individuals with or without children. From the test results of this study it appears that married individuals, when faced with a new stressor, respond with a lower production of stress hormones. This can have two major benefits: permit a more deliberate response to the stressor (as the system is not overloaded with a debilitating and hormone-filled stress reaction), and, over time, reduce the accumulation of allostatic load on the organism—two good things that help married people confront challenges in more supportive, less stressful, and more effective ways.

Unresolved marriage conflict can cause spouses to isolate from each other, or to get locked into patterns of withdrawal and pursuit that create significant distress for the entire family. Ultimately, if left unattended, the issues stubbornly refuse to go away and can become toxic deal breakers. It is a sad truth that the prolonged inability to talk about issues may become a bigger problem than the issues themselves. This type of conflict can be resolved in counseling by helping couples understand why they argue, how they argue, and how to unravel their arguments into the real issues that are under the surface. It is also important to help spouses identify what’s really going on in their brains and in their bodies when they argue, how each contributes to maintain the repeating cycle they are stuck in, what primary emotions are fueling the cycle, and how to communicate with each other in more respectful and connecting ways.

Learning how to manage conflict and to discuss differences in ways which do not lead to irreparable breaches is a fundamental skill. The bad news is that it is not taught in any school. The good news is that it is a skill that can be learned at any age and virtually at any point in marriage. Often, making a commitment to the process of couples counseling is what is needed to break the impasse and have a chance to learn the vital skills of conflict management and resolution.