Stuck On Wide Open: The Hidden Dangers of Emotional Dysregulation 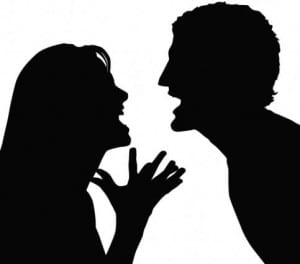 Emotional regulation, or the ability to manage one’s emotions, is perhaps the most dramatically visible and the prototypical feature of human personality. Many people appear to be mostly in command of their emotions at critical moments, while others appear to be particularly (and sometimes explosively) reactive to environmental and interpersonal challenges. In general, affective or emotional instability, inordinate bursts of anger, intense efforts to avoid real or perceived abandonment, and unstable interpersonal relationships point to a hidden problem of emotional dysregulation. This set of features has been popularized as belonging to “drama queens,” or persons who tend to react to every situation in an overly dramatic or exaggerated manner. However, dramatic manifestations occur only in some individuals; for others, emotional dysregulation remains hidden, with no overt outbursts, while the psychological battle for self-control rages inside.

Sometimes, instances of emotional dysregulation in children (“acting out” behaviors) or in adults under the most severe stressors can be viewed as the only available response in circumstances in which overwhelmingly strong emotion must be expressed, such as in the context of an emotionally abusive family environment or in times of great personal upheaval.

A large body of research suggests that drinking use can increase underlying emotional disturbance and disrupt cognitive functions that are very important in emotional self-regulation. Support for this hypothesis comes from studies that find associations between drinking use and short- and long-term emotional change. In the short term, drinking can disrupt emotional stability by effectively removing barriers against violence, verbal abuse, and inappropriate behaviors. In the long term, drinking dependence and addiction can create a false persona in which it becomes difficult if not impossible to distinguish between the individual’s genuine personality traits and those modified or instigated by drinking.

What Causes (And Cures) Emotional Dysregulation

The amygdala has been implicated in emotional dysregulation, aggressive behavior, and psychiatric illnesses such as depression. Anxiety disorders and dysregulation may be the result of too much activity in the amygdala and not enough activity in the prefrontal cortex (PFC), which is the executive center of the brain that sets boundaries of behavior and responds to criteria of calm, assertiveness, and emotional regulation.

Stress, coupled with a genetic vulnerability, decreases the production of brain-derived neurotrophic factor (BDNF). BDNF is a protein that acts on the nervous system by helping the survival of existing neurons and promoting the growth and differentiation of new neurons and synapses. A reduction in BDNF production causes a thinning of neuronal structures, which can results in emotional disturbance. These structural changes make the prefrontal limbic governing system vulnerable to disruption and dysregulation. Thus, emotional stress, loss, or other significant psychological factors cause the system to lose self-regulation.

Treatments such as counseling coupled with antidepressant medications, a good regimen of exercise, sensible nutrition and good social support can reverse this process, increase the production of BDNF, renew neuronal growth, build more resilient self-regulating circuits, and return the individual to a healthy mood and re-build good self-management skills.

To achieve better emotional regulation, biological change and contextual change are needed. Biological change is achieved by reducing individual reactivity to emotional stimuli. Even when this reactivity may be due to genetic dispositions (temperament) and early developmental experiences (nurture), most people can learn ways to better control their emotional expression. There is a combination of skills and interventions that is particularly helpful in promoting biological homeostasis and emotional stability. These include treating any underlying physical illness that may have a negative effect on mood, balancing nutrition and eating to replenish and maintain physical resources, staying off non-prescribed mood-altering substances, getting sufficient but not excessive sleep, and getting adequate physical exercise.

Better self-managemeht skills include learning and practicing emotional resiliency, which is the ability to minimize negative effects of stressful events and situations, and to maximize the positive effects of positive outcomes and opportunities. The skill of resiliency is learned and reinforced by intentionally accumulating positive life events, i.e., making a conscious and deliberate catalog of what’s positive in one’s life and referring to it often until it is present and readily available in time of need. It also consists of acquiring practical psychological tools that build a sense of generalized mastery and promote self-esteem, e.g., completing school, obtaining additional job training, taking an assertiveness course, and the like. All these skills and tools can be learned and mastered at any age, most effectively with the help of a skilled counselor who can act as a guide and coach during this process.

PTSD, or posttraumatic stress disorder, is characterized by very significant emotional dysregulation. Its sufferers experience unwarranted arousal—often caused by stimuli processed outside of conscious awareness—and exhibit an exaggerated startle response, vivid intrusive thoughts, and flashbacks and nightmares related to past traumatic events. PTSD victims may frantically try to avoid physical or psychological reminders of their trauma, and may experience dissociative symptoms or emotional numbing. PTSD is a disorder of emotional dysregulation characterized by excessive fear, triggered by a severe and often life-threatening traumatic event.

Frontal lobe disorders, which have become rather common among combat survivors, are the product of traumatic brain injury and are characterized by emotional dysregulation, attention deficit, impulsivity, lack of inhibition, poor insight, impaired judgment, and low motivation. These frontal-subcortical disorders can result not only from war zone trauma, but also from infection, cancer, stroke, and neurodegenerative disease. Explosive violence, often directed at family members, is a common occurrence, particularly in individuals in whom impulsivity, disinhibition, and emotional dysregulation are the most dominant features.

Finally, obsessive-compulsive disorder (OCD) is characterized by emotional as well as cognitive dysregulation, brought on by a disruption of both the “thinking” prefrontal and the “feeling” paralimbic networks.

In these and other disorders that feature emotional dysregulation, it is interesting to note that the anatomic structures that are affected have emotional as well as cognitive functions. This coincidence highlights once again the close interdependence of affective and cognitive operations in the human brain. We can’t feel deeply without thinking intensely, and vice versa.