Written by: Will Goodwin, M.A 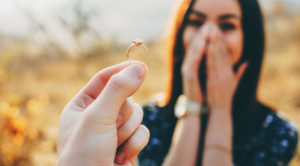 Marriage. The earliest evidence of which dates back as far as 2350 BC in Mesopotamia. The tradition and practice seem almost as timeless as human relationships themselves. And yet in recent decades the notion of marriage being a good and lifelong commitment appears to have given way to staggering statistics of divorce and dissatisfaction. As with many institutions that are collectively on a downward trend, one of the most valuable places to examine is the foundation. In the western idea of rehabilitation, we often start looking for issues once something is apparently wrong. What if instead of waiting for the foundation to crumble, we started by building something strong at the start?

For instance, what are your current personal thoughts and feelings about marriage? Recent studies have indicated several distinct mindsets people have adopted regarding marriage:

Regardless of your starting point, there is room to grow, shift and change within these perspectives. Several of these are born out of dysfunction either in the family of origin or previous relationships. When faced with the idea of marriage, most people find themselves inept or at the very least insecure about their ability to successfully navigate the terrain of a lifelong intimate relationship. In fact, while marriage has existed for thousands of years, it was not until the early 20th century that any professional resources became available to guide the general public toward sustained satisfaction within marriage.

The good news is that we live in a time with ever-increasing resources to support marital relationships, whether you are single, dating, engaged, newly married, or you have been married for many years. Resources such as PREPARE/ENRICH and SYMBIS serve as valuable tools for both therapists and those entering, and already navigating, marriage to build a strong foundation to walk through marriage confidently. Research shows that couples that attend formal pre-marital counseling (with a licensed therapist) reduce the likelihood of divorce by 31%. This overwhelming statistic serves as support for seeking healthy relationship dynamics from the very beginning.

In closing, marriage is a good thing. Findings from social scientists indicate that married people do much better in virtually every area of life than those who remain unmarried or get divorced. And your experience in marriage can be made drastically better by meeting with a trained therapist who can equip your relationship with the skills and strategies to thrive. Whether you are just starting to consider the prospect of marriage, in the throes of engagement, or have a few decades of marriage already under your belt, I implore you to reach out to a trained marriage counselor and take the first step toward establishing and fortifying a solid foundation for your married life.